Careers are determined by an interaction between our personality and the environment in John Holland’s Theory of Career Choice. We want jobs with people like us.

John Holland’s Theory of Career Choice (RIASEC) maintains that in choosing a career, people prefer jobs where they can be around others who are like them. They search for environments that will let them use their skills and abilities, and express their attitudes and values, while taking on enjoyable problems and roles. Behaviour is determined by an interaction between personality and environment.

Holland’s theory is centred on the notion that most people fit into one of six personality types:

Holland asserts that people of the same personality type working together in a job create an environment that fits and rewards their type.

Within this theory there are six basic types of work environment, which correlate directly to the personality types. Holland emphasises that people who choose to work in an environment similar to their personality type are more likely to be successful and satisfied. This idea is important as it shows Holland’s theory can be flexible, incorporating combination types.

Holland’s theory takes a problem-solving and cognitive approach to career planning. His model has been very influential in career counselling. It has been employed through popular assessment tools such as the Self-Directed Search, Vocational Preference Inventory and the Strong Interest Inventory.

There is much research to support Holland’s typology. However it is not without criticism, the most common being the prevalence of females to score in three personality types (artistic, social and conventional). According to Holland this is because society channels women into female-dominated occupations. 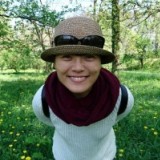